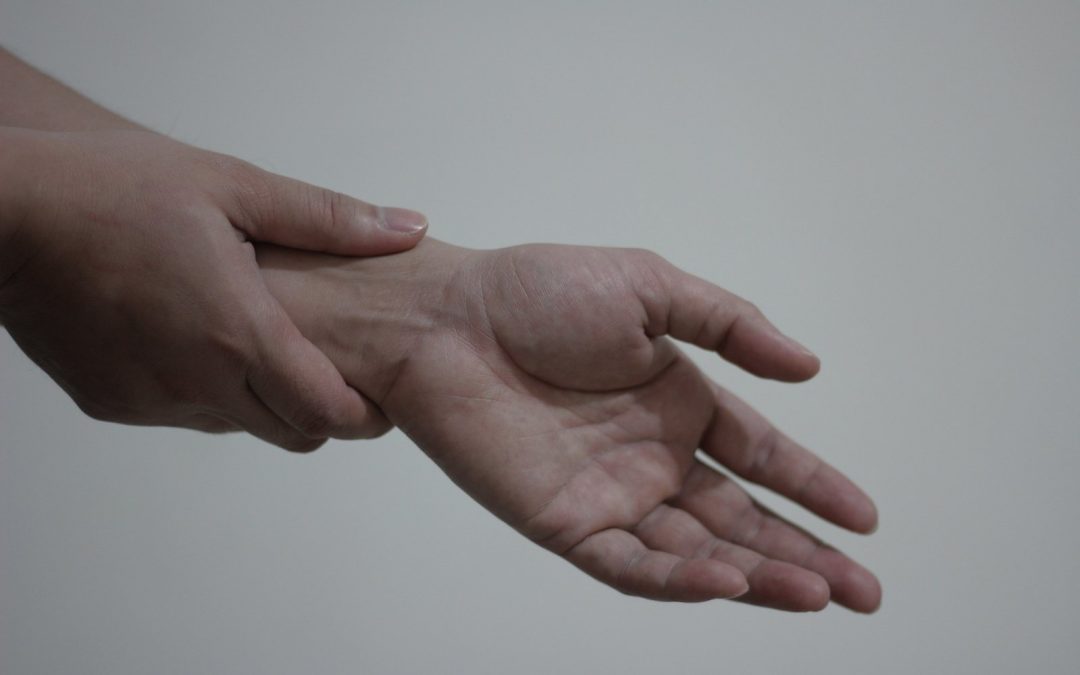 Carpal Tunnel Syndrome (CTS) is a common condition which can cause pins and needles, aching, or numbness in your hand and fingers.  It affects middle aged people more (40-60 years), and women more commonly than men. Between 50-65% of cases occur bilaterally.  Typically CTS affects the thumb and first two fingers, and if it has been present for some time, you may notice your thumb becoming weaker and the thumb pad getting smaller (wasting) compared to your unaffected hand. Sometimes the skin colour of your hand may change, and you may find it difficult to feel small objects and to pick them up.  Many people often complain of pain at night time, and when the condition is particularly severe, sleep may be disturbed.  CTS is called a Peripheral nerve entrapment (focal compression neuropathy) in medical language, because one of the nerves which travels through your forearm (the Median nerve) is trapped or compressed at the wrist as it travels into the hand.

When assessing you, your Doctor or Therapist will often perform Tinel’s test, where they tap the nerve on the underside of your forearm, or Phalen’s test where they will ask you to bring the backs of your hands together almost in a reverse prayer position.  In each case the test is trying to determine if your symptoms are getting worse when the medial nerve is compressed.  If they are made worse, these tests are often used again after treatment, to assess the treatment effectiveness.  In severe cases of CTS a nerve conduction test may be performed which assesses how easily impulses travel along the nerve, to determine if the nerve has been damaged.

In CTS the medial nerve is compressed as it travels beneath the Transverse carpal ligament.  The wrist bones are arranged so that there is a hollow in the centre of the wrist, and the ligament forms a roof over this hollow forming a tunnel, called the Carpal Tunnel – hence the name of the condition.  Compression of the nerve may occur when the structures within the carpal tunnel enlarge, or when the size of the carpal tunnel itself is reduced.  Swelling of the tendons travelling through the tunnel may occur with repeated use, and so the condition is often seen in those who use their hands a lot such and manual workers (especially with vibrating tools) and musicians. Swelling can also occur following pregnancy and sometimes in menstruation.  In some instances up to 50% of women may suffer from the condition during late pregnancy, but this is usually transient.  The carpal tunnel may reduce in size through fractures of the wrist or hand bones, or if the transverse carpal ligament tightens as a secondary condition to rheumatoid arthritis or diabetes.  It is also more common in younger obese adults.

The treatment of CTS will depend on how long you have had the condition, and how severe it is.  Typically you may be given a splint at night to rest the area (it is important that any splint does not press onto your wrist), and you may require anti-inflammatory medication such as ibuprofen (a non steroidal anti inflammatory drug or NSAID).  A steroid injection may also be given, but most people find this only gives temporary relief.  In very painful cases, or when the nerve is degenerating, surgery is performed to cut the transverse carpal ligament to relieve tension (Carpal tunnel release).  Surgery may be performed through an incision at the wrist (open technique), or using a keyhole (endoscopic technique) which can also be called stitch-less endoscopic carpal tunnel release or SECTR.  This technique is carried out through a tiny hole at the wrist or palm.  Open surgery gives the surgeon a better view of tissue damage, but requires them to cut through the skin and tissue above the transverse carpal ligament and the cut is larger.  Arthroscopic technique uses a smaller cut and passes a tube below the ligament to cut from there.  Open surgery will require more recovery (3 months) than arthroscopic (1 month).  Physiotherapy will be required after surgery to get the hand and fingers moving again and prevent complications.

Physiotherapy is a conservative (non surgical) treatment used to relieve symptoms, re-strengthen the hand, and reduce your requirement of NSAIDs.  Your physiotherapist may use a machine such as ultrasound to reduce pain in the area, and will often apply a form of manual therapy (very gentle manipulation) to move the carpal bones and make the transverse ligament less stiff.  They will advise you on striking a balance between rest and using special exercises targeted at your condition (exercise therapy), and show you actions you can take at home to help self manage the condition.

Manual therapy (MT) often targets points where the median nerve can be tight, at the neck, elbow, and wrist. Additionally MT can help restore the normal sliding of the nerve as the arm is bent and straightened.  Figure 1 is taken from reference (4) and shows the techniques used in a study comparing MT to surgery in the treatment of CTS (see below).

Increasingly nowadays, medical acupuncture is used to manage CTS.  Very fine sterile needles are placed painlessly at the wrist and nearby, and a small electrical pulse is passed through them (electroacupuncture).  The feeling is a relaxing and pleasant ‘ticking’ sensation which calms the nerve down (desensitizes).  Typically an acupuncture session of this type will last for 20-40 minutes.

A study in 2015 (1) looked at 50 patients with CTS and divided them into 2 groups.  Both used night splints, but one group used ibuprofen as well, the other   acupuncture. The acupuncture group had treatment twice a week for 4 weeks in total and showed a greater improvement in pain reduction, less numbness and reduced tingling.  In addition they woke less often due to their symptoms.

In 2011 a study (2) looking at 6 major scientific papers (systematic review and meta-analysis of randomised controlled trials) found 5 of the 6 to show acupuncture to be effective for CTS, but as with much medical research, the studies had limitations.  The authors concluded that the results from acupuncture were encouraging but not convincing – which, coming from the medical establishment is really fairly good!

Manual therapy (4) has also been compared to surgery in the treatment of CTS, when looking at pain severity and functional status.  This study used desensitising movements of the nerve for 30 minutes once a week for 3 treatment sessions.  In the short-term (1 & 3 months) MT gave greater relief than surgery, but over a period of 1 year the results were the same, indicating that very often MT may replace the need for surgery as it clearly has fewer risks.