Posture is not important – until it is 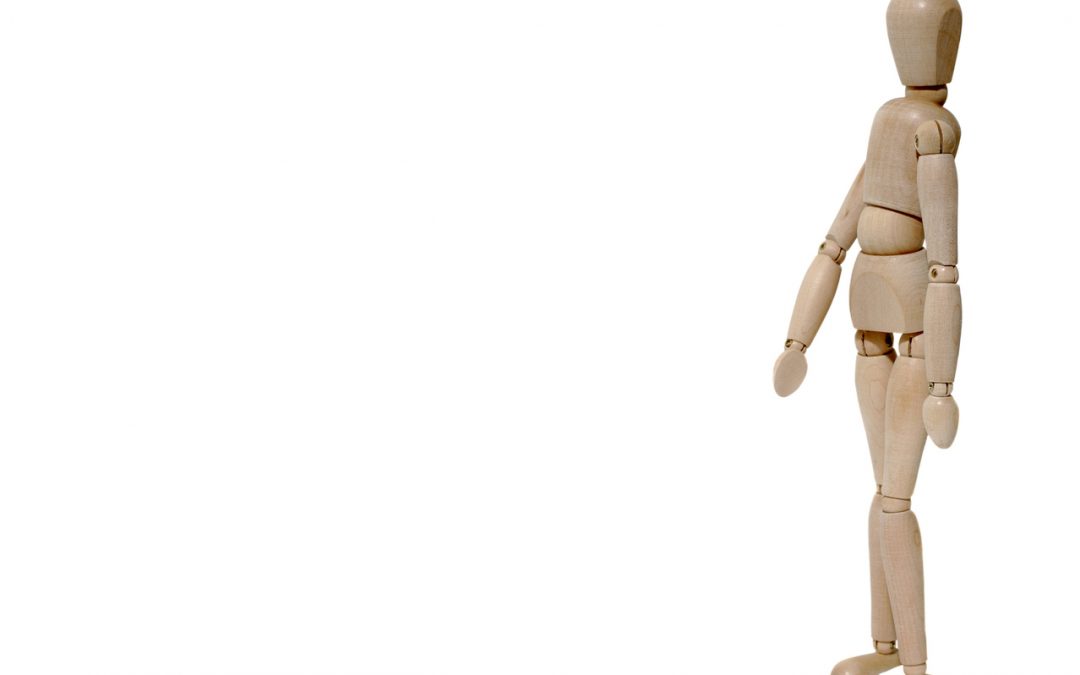 Twenty years ago, posture was a buzzword in the therapy world. Posture analysis was commonplace, and often linked to the then emerging practice of muscle balance assessment. Many articles and books were written on the subject. In fact, our clinic director Dr Christopher Norris penned an important article series called Spinal Stabilization in the Physiotherapy Journal (Norris, 1995), and published a popular science-based book called Back Stability (Human Kinetics, 2000 & 2008) based on these principles. Fast forward to the present day, and posture is seen as something of a pariah. Articles abound showing that there is often no link between posture and pain, and individuals with back or neck pain especially, occur equally in those with optimal posture as those without. Even the popular press has waded in, with the Daily Mail (who have produced several articles on good posture and exercises to obtain it) pointing out that there is no such thing as a perfect posture when sitting (Daily Mail, 22nd May 2018). 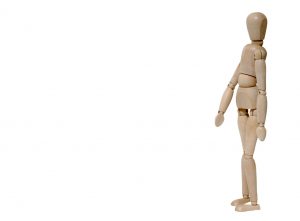 Posture is not important

The shape of the curve in the upper spine (thoracic kyphosis) has been shown not to be related to shoulder pain in a systematic review which examined ten leading studies (Barrett et al 2016). Neck posture assessment carried out using 2-dimensional photographic analysis of a group of over 1000 adolescents has shown no association between neck pain and headaches and posture category such as upright, intermediate, slumped, and forward head postures (Richards et al 2016). However, the same study did demonstrate a relationship between slumped and forward head position and depression, which may hint at something interesting. Reviewing fifty-four studies looking at spinal curves, no association was found between curve shape and spinal pain (Christensen & Hartviqsen 2008). Looking at standing posture both overall (global alignment) and locally (spinopelvic characteristics) in over 1000 adolescents, only a minimal relationship between posture and pain was found with global measures and none with local parameters (Dolphens et al 2012). The amount of time spent in a sub-optimal posture would also seem to be unrelated to pain. Looking at a group of blue-collar workers, the time spent in a forward bent position was not associated with low back pain (LBP) intensity. In fact, in this study those who bent forward for longer periods had lower intensity LBP (Villumsen et al 2015) – something we shall come back to. Similarly, fashionable terms related to posture such as ‘text neck’ have been investigated as part of postural assessment and found wanting. In a study of 150 young adults (18-21) no association was found between neck posture and neck pain (Damasceno et al 2018).

So, posture change does not cause pain. Well, wait a moment because although it does not cause pain, it can be associated with it. In other words, someone with pain may take up a different posture, and remaining in a particular posture for a long period may be painful. In a study producing pain by injecting saline into the leg muscles, researchers were able to show that posture factors altered. Bodysway and EMG activity were shown to increase as a result of the experimentally induced pain (Hirata 2011). Interestingly several studies have looked at the effect of posture on psychological (behavioural) changes. In one famous study, adopting a more ‘powerful’ posture (one which is more open and expansive) was shown to increase testosterone levels, lower cortisol, and lead to increased feelings of power and tolerance to risk (Carney et al 2010). When individuals are subjected to a stressful stimulus (Trier social stress test), upright posture has been shown to improve a number of psychological states (arousal level and feelings of power) and physiological effects (systolic blood pressure, galvanic skin response and skin temperature) compared to a slumped posture (Hackford et al 2019). This may be important as thoughts and emotions can often be associated with facial expressions or posture. A seated upright posture (compared to slumped) has been shown to reduce sleepiness and increase feelings of power when subjected to stress. Those sitting upright had higher self-esteem, more arousal, better mood, and lower fear, compared to slumped subjects (Nair et al 2015). Both muscular and autonomic states may be influenced by emotion an observation referred to embodied cognition theory in psychological fields. 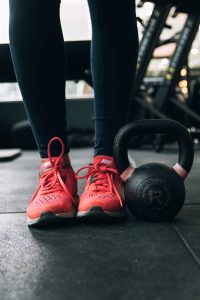 So, are we looking at things the wrong way? Within the field of persistent pain, especially chronic low back pain, we have seen a gradual shift away from a traditional biomedical mechanistic thinking towards a biopsychosocial (BPS) view. The traditional mechanistic view is that pain is directly related to tissue damage – nervous impulses travel from the tissue to a ‘pain centre’ in the brain. If something hurts more, there is greater damage and as pain lessens tissues are healing. The BPS model views pain as an indicator of perceived threat. Nervous impulses travel to the brain where different areas of the brain interpret this information. By comparing the signal to things such as past experience, beliefs, social pressure, or expected behaviours for example, the signal may or may not be judged as threatening to an individual and therefore interpreted as pain. The key difference here is that in the biomedical model biological effects predominate, while with the BPS model biological effects occur in parallel with psychological effects and social influences. Perhaps posture should be viewed in the same way.
Traditionally posture has been viewed mechanistically. Altered joint angles and bodypart alignment produces stress on soft tissue, influences muscle work and alters joint loading. However, if we view posture from a BPS perspective psychological and social influences are also important. As we have seen posture does not have a significant causal effect on pain, but can influence psychological states and have social interactions – so to say it is unimportant is an error. Posture may still be important to some people at different stages of an injury or condition. Posture still warrants consideration in many conditions, just not for the reasons we previously thought.

Posture still warrants consideration in many conditions, just not for the reasons we previously thought.

So, where does that leave us with posture change and corrective exercise.  Well, firstly as nothing is truly incorrect, the term corrective exercise is perhaps inappropriate, but unfortunately it has stuck with us.  Secondly, we are unlikely to be able to create permanent postural change in the time we have as therapists.  In a Pilates or Yoga class, or gym membership, where an individual attends regularly over a very long period change may occur, but is it necessary?  The likely answer is that it is possibly not, and any change will be cosmetic or psychological and unlikely to have a dramatic effect on pathology.  So, should we simply ignore posture?  I don’t think so.  Time in a posture is likely still important for symptom modification.  For example, if someone gets pain between their shoulder blades (scapulae) when they work at a desk and using taping to (temporarily) move their thoracic spine away from marked flexion and draw their shoulder blades together eases their symptoms, it should be used.  However, telling them that their posture is ‘wrong’ and their increased kyphosis (thoracic spine bend) and scapular protraction (moving forwards) is the ‘cause’ of their pain is both incorrect and potentially damaging.  Why?  Because it can lead to a belief firstly that their body is fragile and easily damaged, and second it can make them over conscious of their posture (hypervigilant) and afraid to take part in activities which involve this alignment.

So, what about corrective exercise?  Again, I think it has a use, providing it is presented in an honest way.  If an individual has tight shoulder protractors and weaker retractors, this may be a consideration in a round shouldered posture.  This may not be a problem clinically or cosmetically, but if the client wants to change their posture, to give mirror image exercises (static stretching to the protractors and inner range strengthening to the retractors) may be useful as part of an individualised gym program.  Providing there is no judgement of ‘incorrect’ or ‘poor’ posture and client education forms part of the exercise prescription process exercise of this type has its place.

Then, we have the psychological effects of posture.  Many chronic conditions especially, have a psychological perspective, and if changing posture or just focussing on it during an exercise session leads to a minimal but significant clinical change it is useful.  Enhanced self esteem and an improvement in self-efficacy (belief in one’s ability to succeed) can both be useful in conditions such as chronic low back pain for example.

In summary, I think posture-based intervention has a place, but how it is presented is important, and whether it is used is a judgement call by the therapist.  There can be no ‘one size fits all’ approach – but isn’t that true of all interventions?

Hackford, J., Mackey, A., and Broadbent, E (2019) The effects of walking posture on affective and physiological states during stress. J of Behavior therapy and experimental Psychiatry 62: 80-87.

Villumsen M, Samani A, Jørgensen MB, et al (2015) Are forward bending of the trunk and low back pain associated among Danish blue-collar workers? A cross-sectional field study based on objective measures. Ergonomics. 58(2):246-58.