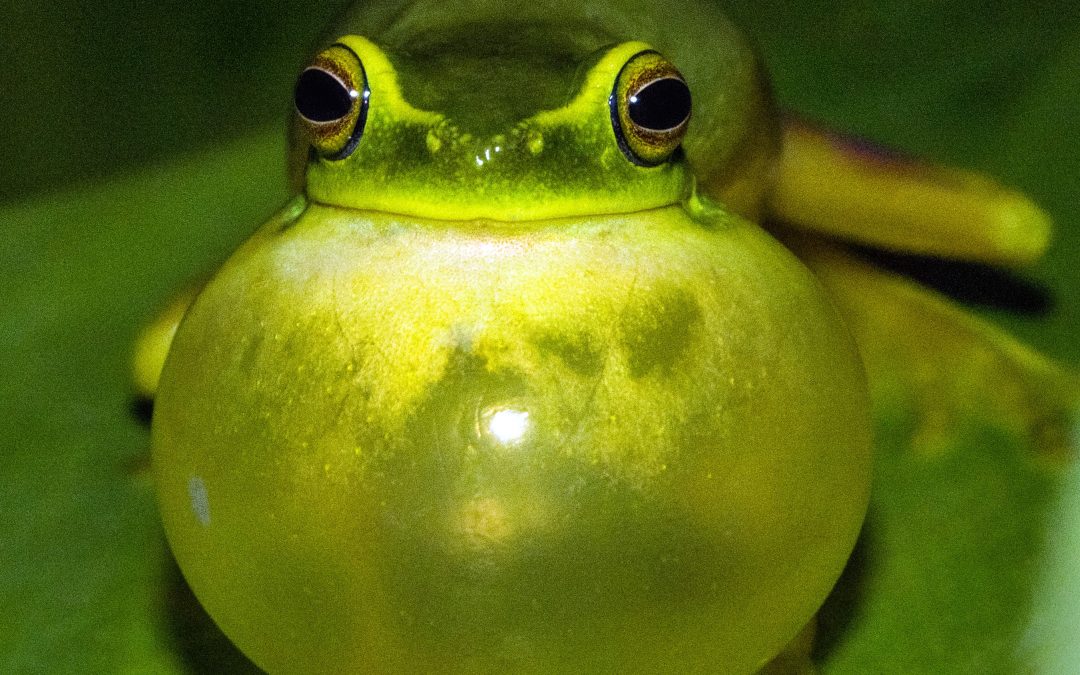 What is an upper respiratory tract infection? 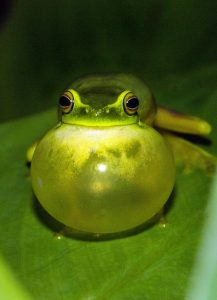 Photo by David Clode on Unsplash

The cause is usually a virus (Rhinovirus or RV) but can be bacterial (Streptococcus, giving rise to ‘Strep throat’).  The lining of the nose and regions behind (sinuses) becomes inflamed together with the upper throat and voicebox.  Classic symptoms are of runny nose due to sinus inflammation and mucous production, a sore throat, and hoarse voice.  Nasal congestion (blocked nose) is a familiar symptom due to thick mucus in the sinuses.  Commonly there is pain on swallowing due to inflammation of the larynx (laryngitis) and epiglottis – the flap of skin at the back of the tongue which closes the windpipe when we eat.  Symptoms typically begin to occur two or three days after exposure to the virus, and even after infection has abated, some of these symptoms may remain for up to two weeks after initial onset.

When the virus enters the URT the tissues exhibit an immune response, and the use of antibiotics is generally not effective.  Decongestants can partially relieve symptoms in adults, but these are contraindicated in those with coronary artery disease or high blood pressure (hypertension).  Over the counter cough medicines may give some short term symptom relief in some people.

Antibiotics are generally not effective for URTI

The use of vitamin C is often debated.  Long term use does not seem to reduce the incidence of infection in the general population, but vitamin C supplementation in athletes training very hard may be useful according to a Cochrane review (Hemila and Chalker 2013).  According to this study the risk ratio (RR) of catching a cold when taking vitamin C regularly in the general population was 0.97, but in marathon runners, skiers, and soldiers on arctic training the relative risk was 0.48, considerably less.  For an explanation of the statistical term risk ratio see here http://sphweb.bumc.bu.edu/otlt/mph-modules/ep/ep713_association/ep713_association3.html

Zinc lozenges may also shorten the duration of an URTI.  A meta-analysis of 17 Randomised Controlled Trials or RCTs (Science 2012) compared the use of Zinc to placebo and found a shorter duration of cold symptoms for an average of 1.65 days in adults, but not children.  A more recent study (Hemila et al 2017) looked at 3 RCTs of placebo controlled trials of administering zinc acetate lozenges (80-92 mg/day) and found 70% of zinc patients had recovered compared to 27% of placebo (2.6 more patients in the lozenge group).

Nasal irrigation and nasal sprays can be effective in some people to alleviate symptoms, and steam inhalation (sauna or steam room) often gives temporary relief.

The Immune system consists of organs, tissues and individual body cells which defend the body against attack of invading microbes such as bacteria at other organisms which may cause infection. The system is strengthened by regular exercise, but the exact reason remains the topic of debate.  In the short term, intense cardiopulmonary exercise (especially in the fresh air) can help to flush bacteria from the lungs and airways.  The increased heart rate and blood flow in exercise helps to circulate antibodies and white blood cells (WBC) more quickly, while the temperature rise seen in exercise may reduce the likelihood of bacterial growth – a similar effect to that seen in a fever.  Whilst regular moderate exercise is of benefit to the immune system, an intense exhaustive workout may have the opposite effect.  The increased levels of stress hormones, such as adrenaline and cortisol, produced during intense bouts of exercise, may lead to immune system inhibition.  In a study looking at runners, the response to a laboratory introduced antigen (substance capable of inducing an immune response) was measured, comparing moderate treadmill running (30 mins), the same duration of intense running and longer duration moderate running (120 mins).  The long duration exercise caused a temporary reduction of the immune function, while the shorter duration did not (Diment et al 2015).  This equates to the ‘open window’ often described by athletes who find they can get infections immediately following bouts of intense exercise.

Dieting, lack of sleep, and periods of stress increase cortisol hormone levels, again leading to immune suppression, so taking extra care of your body during the cold, dark, winter months is important.  During endurance exercise it is important that the calorie intake is proportional to the calorie usage, as low glycogen stores are associated with larger changes in stress hormones with a knock-on effect on immunity.  Some nutritionists recommend 30-60g of carbohydrate per hour during high-intensity exercise longer than 60 mins (Bean 2017), and drinking fluids is important to saliva production, a vital first line of defence against URTI.

Probiotics are substances which contain live micro-organisms (friendly bacteria or yeasts).  They aim to optimise the natural balance of bacteria in the gut which can be disrupted by illness and / or intense training, and can be used to strengthen the immune system.  In a Cochrane review (Hao et al 2015) 13 randomised controlled trails (RCT’s) were assessed which looked at the use of Probiotics to prevent URTI and compared this to placebo (an inactive substance).  The Probiotics were found better than placebo in that they reduced those getting URTI by 47%, and the duration of infection for those who did get an URTI dropped by an average of 1.89 days.  In addition, probiotics also reduced antibiotic usage and work absence.  A natural way to increase probiotics in the diet is to eat a greater number of fruit and vegetables, whole grains and pulses.  In addition, fermented foods such as increase the beneficial micro-organisms in your gut, though, is to eat a varied diet rich in fibre, aiming for around 20 – 30 live yoghurt, sourdough bread, and sauerkraut contain a naturally high number of microflora. 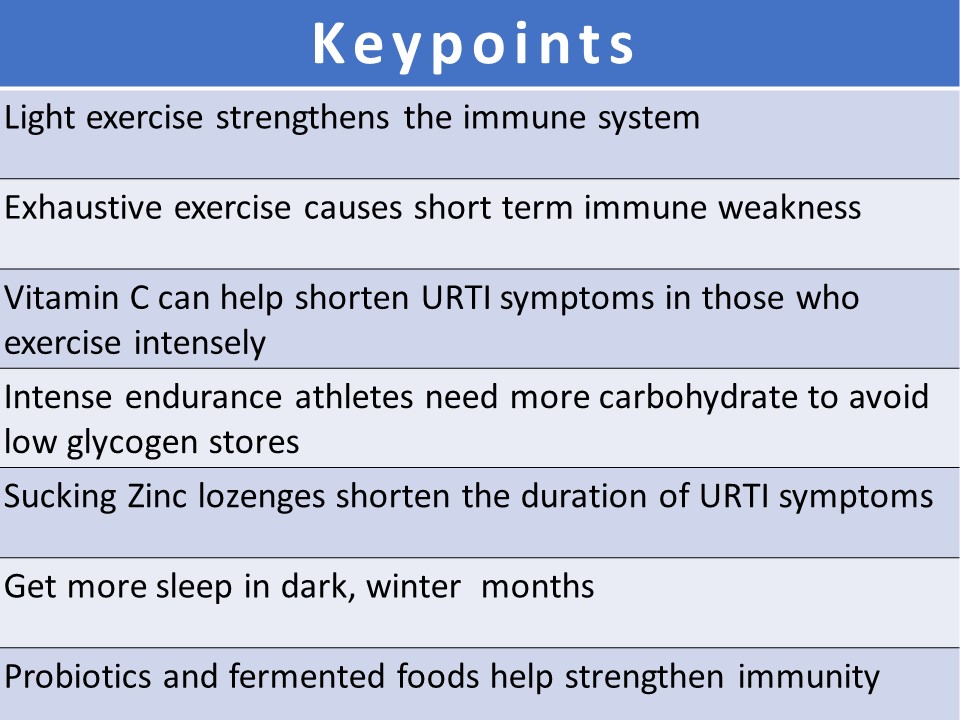