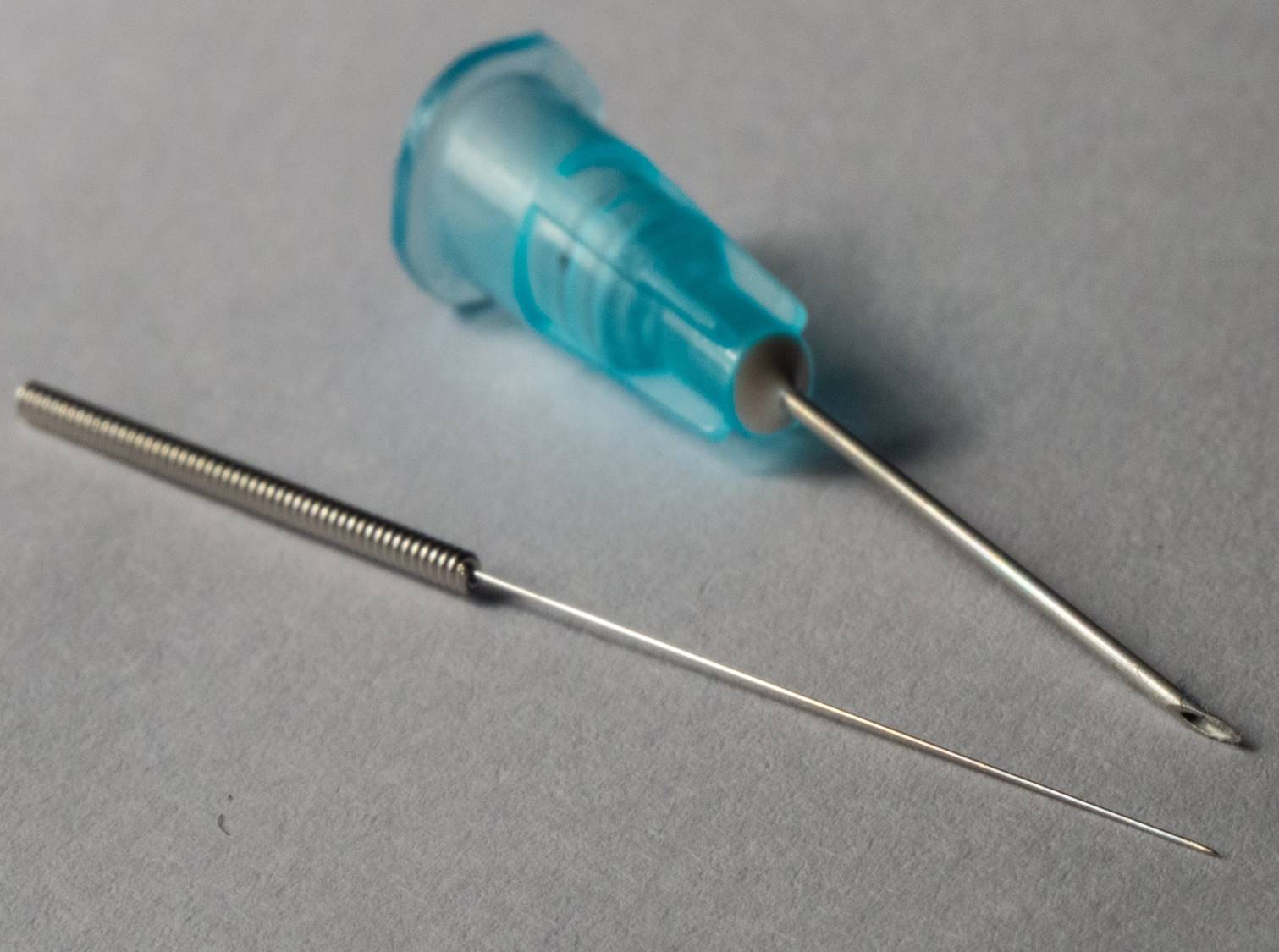 Acupuncture treatment is generally believed to have started in China, with the first systemised record being The Yellow Emperor’s Classic of Internal Medicine published in 100BC.  Prior to this time sharpened stones (Bian stones) have been found, and the evidence of tattooing at acupuncture like points over arthritic joints which may have been painful.  The earliest of these can be traced back almost 5000 years, to Ötzi the Iceman (Similaun Man) found in the Tyrol region of Austria.

Acupuncture was first introduced to Europe in the 17th Century, with interest increasing more recently with President Nixon’s visit to China in the early 1970s.  As travel between the West and China opened up, the World Health Organisation (WHO) established training centres in China for Western practitioners, and acupuncture training programmes became recognised in the West.  In parallel with this work, research on acupuncture effects began and has flourished in Western Universities and Hospitals, making acupuncture one of the most widely researched forms of complementary medicine. 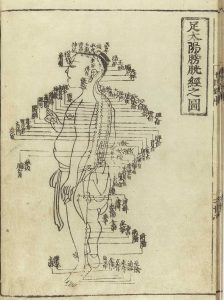 Acupuncture formed part of Traditional Chinese Medicine (TCM) which  used needles, herbs, dietary therapy, massage techniques and exercise to form a holistic form of healthcare.  TCM is still used and has seen something of a revival as an alternative form of medicine. Acupuncture itself has become more mainstream as a form of pain relief and has been subjected to close scientific scrutiny to place it within the sphere of Evidence Based Practice used within the NHS.

Acupuncture itself has become more mainstream as a form of pain relief and has been subjected to close scientific scrutiny to place it within the sphere of Evidence Based Practice used within the NHS.

How does acupuncture work?

Once inserted through the skin, the acupuncture needle is left in place, normally for 10-40 minutes.   They are often stimulated by gently manipulating them or they may be subjected to a pleasant mild electrical stimulation known as electroacupuncuture (EAP).  The needles used are all pre-sterilised and disposable.  No needle is ever used twice, and all needles come pre-packaged and guarded by a plastic tube to reduce the need for handling by your therapist.  The needle is inserted rapidly, and painlessly by quickly and gently tapping it into the skin.  Needles are commonly less than one quarter of a millimetre thick (0.22 gauge) and will vary in length depending on where they are used.  Commonly, needles may only go into the body by 0.5 – 1.0 cm.  Once in, people sometimes feel a pleasant relaxing ache, which the Chinese refer to as Deqi – the arrival of Qi energy.  In actual fact this feeling (in medical acupuncture terms this is called sensory propagation) is a combination of nerve signals and chemicals being formed by your body as a response to the needling. 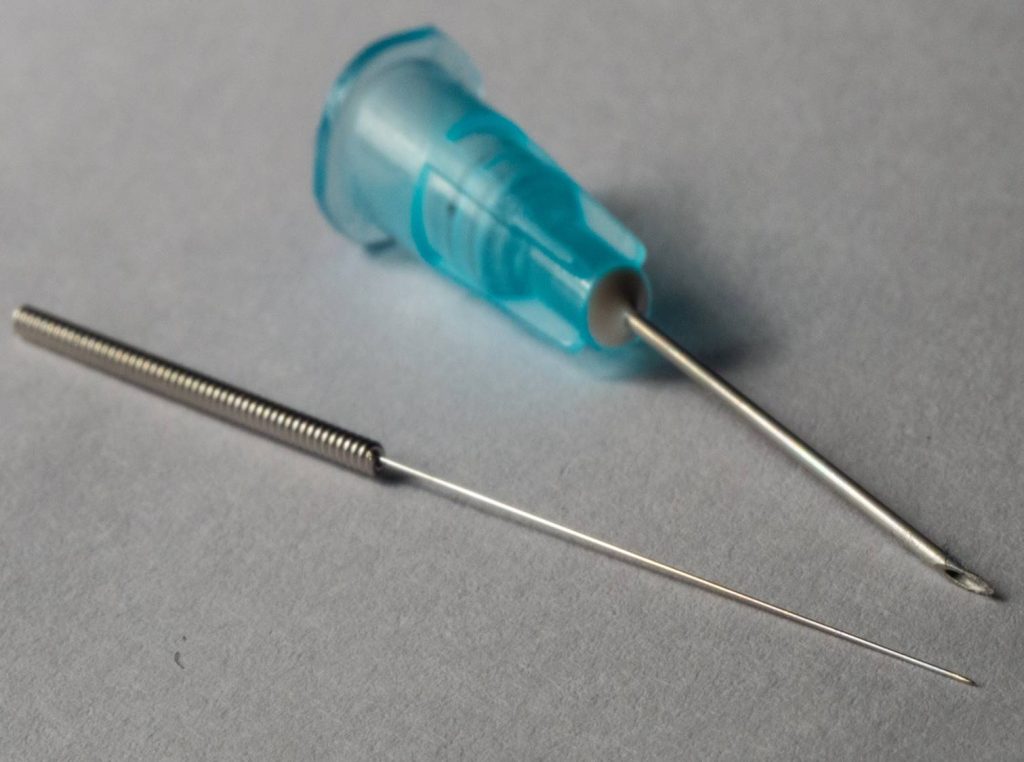 When an acupuncture needle is inserted and manipulated, the body response involves changes to blood flow and chemicals, nerve impulses, and fascia – the connective tissue layer beneath your skin.

When an acupuncture needle is inserted, the body tissue responds by releasing healing chemicals (especially calcitonin gene related peptide or CGRP, and nitric oxide or NO).  This, combined with a reflex relaxation of blood vessels increases blood flow and accelerates the healing process.  In addition, pain relieving chemicals (Opioids) flood the local area to calm down the tissue response to injury.

Stimulation from the acupuncture needle helps to block signals coming from injured tissue when both stimuli reach the spinal cord.  In the brain stem, the body reaction is to release wide ranging pain relief chemicals (a process called defuse noxious inhibitory control or DNIC).  In the brain itself, there is a response from the hypothalamus and pituitary gland to reduce sensitivity and stimulate the release of calming chemicals especially the hormones cortisol and oxytocin.

Fascia is a fibrous web of tissue lying beneath the skin and around body structures.  When acupuncture needles are inserted and manipulated, they distort the fascia, winding the fibres around the needle.  This tissue distortion stimulates signalling between body cells (mechanotransduction) and produces small electrical charges (bioelectrical signals) which are conducted along the fascial web.

In a typical acupuncture treatment begins with a consultation (talking) and examination (physical tests) in exactly the same way as standard physiotherapy.  Your physiotherapist will use acupuncture as part of a whole treatment, often involving manual therapy and exercise therapy as well.  Acupuncture is frequently used to help relieve pain so that other treatments can take effect.  For example someone with chronic knee pain will normally benefit from muscle strengthening exercise to increase the tissue support around the knee.  However, when their knee is very painful it can be difficult to exercise.  Acupuncture will be used to lessen the pain so that strengthening exercise can be begun earlier.   Evidence for the use of acupuncture in knee pain comes from several trials.  A recent study  (Corbett et al 2013) analysed data from 114 trials including 22 different treatments on 9709 patients.  Higher quality trails were found for acupuncture and exercise, and acupuncture was found to be significantly better than muscle strengthening in the treatment of OA knee (effect size 0.49 measuring the standardized mean difference or SMD), so combining the two treatments would seem logical, something a physiotherapist using acupuncture will nearly always do.  For an explanation of the statistical term ‘effect size’ Click here

Typically a physiotherapist will use several needles during a treatment.  Some may be placed close to your pain, and others some distance away.  These distal points normally lie on acupuncture channels (meridians) which run through the painful bodypart being treatment.  Other points are said to have general body functions (empirical points) and may be used to support the body in general healing.  The choice of points used is often based on a combination of local tissue and neurological effects.  It may also be from scientific studies which have chosen specific points originally by looking at Chinese practice, and selecting those most commonly used.  In this way, standardized protocols are established for evidence based treatment.

Normally a course of treatments will be planned (4-10 typically) and the points chosen may change throughout a treatment programme.  Often the strength of the acupuncture treatment is gradually increased as your body heals.  Strength involves the number and type of needles used, how long they are left in, and how much stimulation is used.  Remember also that other treatments will often be used alongside acupuncture.  For example if you had a very painful back, your physiotherapist might chose to use acupuncture and gentle massage or mild manipulation techniques for the first treatments and encourage you to walk regularly to loosen your back off.  As your pain starts to settle, you would typically be given a structured rehabilitation programme consisting of strengthening exercises and mobilising movements, and be encouraged to gradually increase your daily activities (a process called graded exposure).   The exercises and activities used would all be specifically tailored to your condition and as you become more capable of free movement the acupuncture treatment would be reduced.  In cases of severe pain of course you may not want, or be able to exercise easily so acupuncture would be continued for longer, to allow you to reduce your requirement for pain killers. 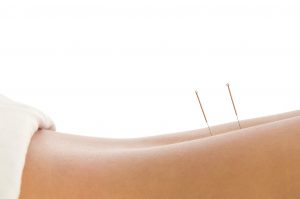 Acupuncture to the lower back 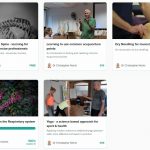 Corbett MS, Rice SJC, Madurasinghe V et al (2013)  Acupuncture and other physical treatments for the relief of pain due to osteoarthritis of the knee:  network meta-analysis.  Osteoarthritis Cartilage 21: 1290-8.