Sports Injuries – the book and its history 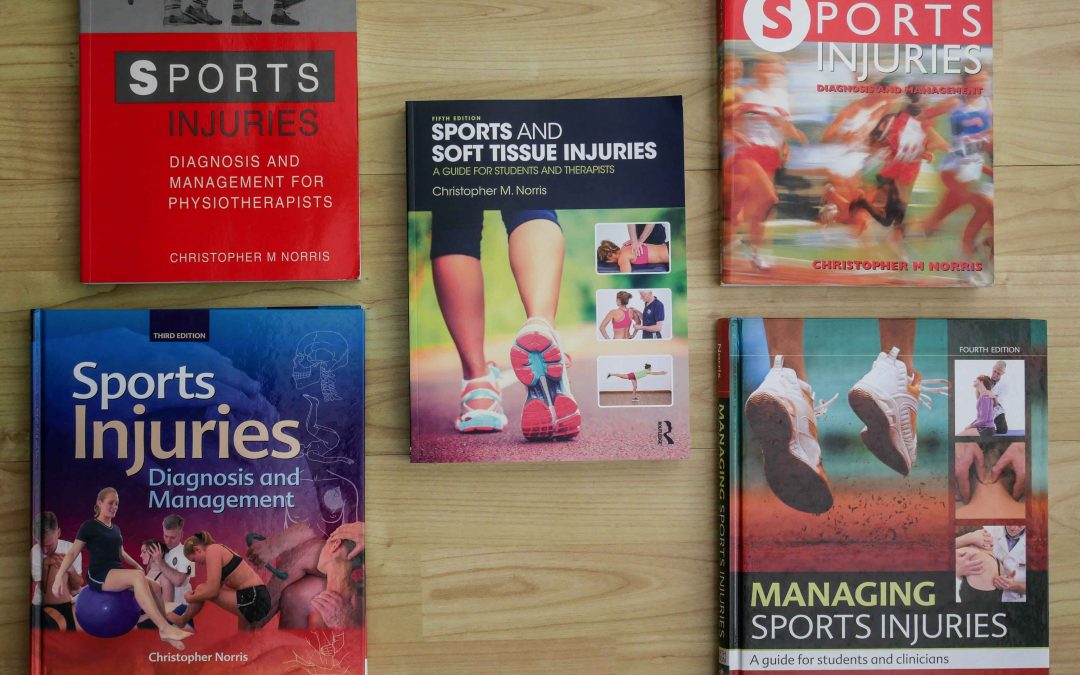 Over 25 years ago I wrote the first edition of Sports Injuries.  At the time I was instrumental in setting up one of the first MSc programmes in the management of sporting injuries for physiotherapists & podiatrists at the then Crewe & Alsager College (later to become part of Manchester Metropolitan University).  The aim of the book in many ways was to reflect the values of the course itself, in that it sought to combine the expertise of physiotherapy with that of sports science, in a time long before the terms strength and conditioning or sports therapy had been launched.  The overlap between treatment and wellness was apparent in an era when preventive healthcare was beginning to be popularised and the terms Sports Physio was becoming more common.

My aim with Sports Injuries was to combine the evidence base (at the time very poor within physiotherapy) with practical guidance and to incorporate research from the sports science domain into rehabilitation.  This was an age when physiotherapy was largely taught by example from one therapy generation to another.  I had trained as a Remedial Gymnast (RG), a long since dead profession which had grown out of the need to get millions of injured service personnel back into daily working.  Exercise, rehab, S&C are sometimes seen as modern day specialities, but as RGs we were trained to give exercise therapy in all its forms and little else – no hands on, no machines, and very basic rehab equipment.  As any ex-RG will tell you we were able to give a full hour rehab class for any area of the body with a stick, ball or piece of rope.

And so, the 1st edition was launched in 1993 with the publishers (then Heinemann) warning me that any book which promoted exercise as part of therapy may fail.  Well, it did the reverse.  It captured the developing wave of interest in rehab which flooded through the physio profession as the RGs were incorporated into the Chartered Society of Physiotherapy.  The book was a runaway success and become one of the publishers bestselling texts.  Unfortunately, it never really made money as I had insisted that as a practical book it should be widely illustrated – something which was very expensive in the 1990’s!

I updated the text every 7 years or so to incorporate fresh research, introduce more illustrations, and reflect the ever-changing therapy landscape.  Over the years I have spoken to countless clinicians and academics who said Sports Injuries stimulated their interest as young therapists, and many who say that the book was instrumental in their decision to train as a therapist – something for an author which is awe inspiring!

The 5th edition has gone back to its roots in many ways, as over time Sports Injuries grew bigger and became hardback.  It has now become smaller and softback again and the price has reduced to appeal to students and recently qualified therapists as well as to exercise professionals.  It is humbling to see that after more than 25 years in print, the updated and expanded 5th edition of Sports Injuries still gets 5 star reviews on Amazon – especially as Amazon did not even exist when I first wrote the book!